Please HOVER & CLICK on the floorplan for full information on this beautiful property.

This is a tour around Valletta. Showing the various places of interest, each location can be viewed via a link that is highlighted on the 3D Google Earth image. 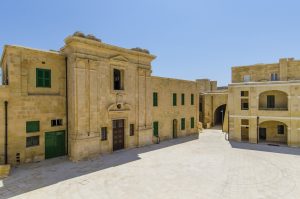 Visitors at Fort St Elmo can enjoy a twofold experience. Originally intended as a war machine, the fort was built in a strategic location to face and hold back the menacing Ottoman attacks. This dominating position now offers unobstructed panoramic views of the harbours and the surrounding towns and villages. The fort also hosts the National War Museum which houses a superb collection of artefacts that go back to prehistoric times.

Constructed by the Order of St John in 1552, the star-shaped fort was built according to the cutting edge of fortress design. The fort played a crucial role in the eventful Great Siege of 1565 which saw the mighty forces of the Ottoman Empire and the Order of St John come head to head.

During the British rule, the fort was modified to accommodate the new requirements of war. Right on the day when Malta became involved in the conflict of World War II, on 11 June 1940, Fort St Elmo suffered the first aerial bombardment on the islands.

Visitors at Fort St Elmo can experience the impressive grounds of the fort, including the splendid architecture of the two chapels dedicated to St Anne. Among the most notable artefacts in the Museum, one finds: military armour of the Order of St John and the Ottoman Turks, the Gloster Sea Gladiator N5520 FAITH, Roosevelt’s  Jeep ‘Husky’, and Malta’s award for gallantry, the George Cross. 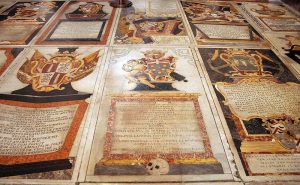 St. John's Co-Cathedral was commissioned in 1572 by Jean de la Cassière, Grand Master of the Order of St. John. It was initially named, in the Italian common language of the time, as Chiesa Conventuale di San Giovanni Battista. The church was designed by the Maltese architect Girolamo Cassar, who was also responsible for the construction of many important buildings in Valletta. It is held that Cassar went to Rhodes to bring a plan of an already existing church that was by then converted to a Mosque, to use it as a model for the present Co-cathedral.

However Cassar still took decisions over the final design and made modifications, and thus became the sole architect of the Co-cathedral. Once St. John's was completed in 1577, it became the new conventual church of the Order instead of St. Lawrence's Church in the Order's former headquarters Birgu. Construction of the oratory and sacristy began in 1598, during the magistracy of Martin Garzez, and they were completed by Grand Master Alof de Wignacourt in 1604.

For the first century of its existence, the church's interior was modestly decorated. However, in the 1660s, Grand Master Raphael Cotoner ordered the redecoration of the interior so as to rival the churches of Rome. Calabrian artist Mattia Preti was in charge of the embellishment, and effectively completely transformed the interior in the Baroque style.

The annexes on the side of the cathedral were added later and feature the coat of arms of Grand Master António Manoel de Vilhena who reigned from 1722 to 1736.

St. John's remained the conventual church of the Order until the latter was expelled from Malta with the French occupation in 1798. Over time, the church grew to equal prominence with the archbishop's cathedral at Mdina. In the 1820s, the Bishop of Malta was allowed to use St John's as an alternative see and it thus formally became a Co-cathedral.

In 1831, Sir Walter Scott called the cathedral a "magnificent church, the most striking interior [he had] ever seen." Later on in the 19th century, Giuseppe Hyzler, a leader of the Nazarene movement, removed some of the Baroque art of the cathedral, including the ornate altar in the Chapel of the Langue of France.

The cathedral's exterior was slightly damaged by aerial bombardment in 1941, during World War II, barely escaping total destruction. The contents of the cathedral had been transferred elsewhere before the bombardment, so no works of art were lost.

The façade of St. John's Co-Cathedral being restored in 2014

The cathedral was restored between the late 1980s and the early 1990s. In 2001, the St. John's Co-Cathedral Foundation was set up to administer and conserve the cathedral and its museum. The sides of the cathedral were restored between 2008 and 2010, and a complete restoration of the exterior began in July 2014 directed by architect Jean Frendo and eight restorers. Restoration of the central part of the façade was completed in September 2015 and project completion was expected in 2017.

Today, the cathedral is one of the most popular tourist attractions in Malta and is listed on the National Inventory of the Cultural Property of the Maltese Islands.